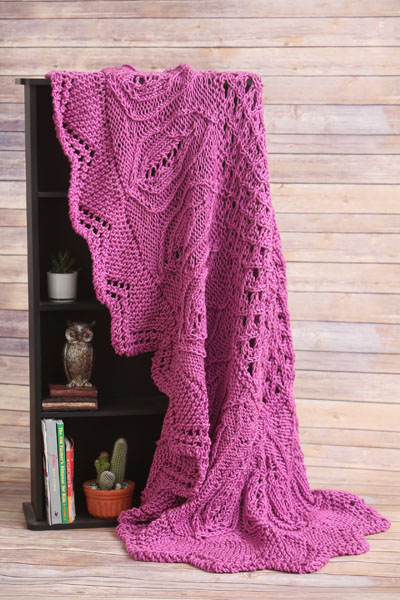 Whip up this throw in no time using a bulky weight yarn. This throw is knit from the center out and incorporates several different patterns. Try working each section in a different color for a more colorful piece!

The edging is worked as a knit-on edging. At the end of every right side row, an edging stitch purled together with a stitch from the main throw, thereby binding off one stitch.

With dpns, CO 9 sts. Divide evenly among 3 dpns and join to work in the rnd.

Work Rows 1-24 of Edging chart, 27 times. All sts from main throw have been bound off. Bind off rem Edging sts.

Sew ends of Edging together. Weave in ends and block. 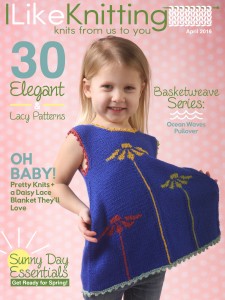