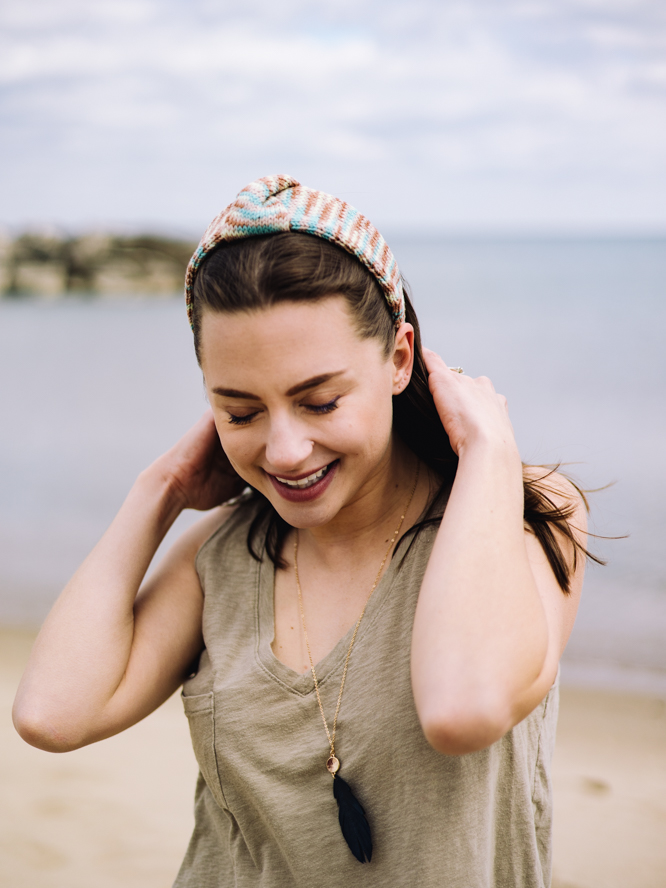 These easy, shaped headbands are worked in two halves, each started with a closed cast on, then grafted together over a plastic headband insert. A flat tube of Stockinette Stitch is then twisted into a mobius knot and grafted in place in the center, for a playful finish. A quick day project, you’ll enjoy knitting up lots of these fun accessories in different colors, or making matching headbands for all your friends! These sun-and-sea-inspired headbands are perfect for adding a whimsical, summertime flair to your look. Each skein of Universal Yarns Bamboo Pop is enough to make five colorful headbands. Pair with your favorite flowy dress for a free-spirited look.

Size: Adult (one size fits most)

Note: The headband blanks used in the samples shown are 2” Plastic Headband Blanks from TheSodaPopShop on Etsy.

M1L = Insert the left needle from front under the top strand between the two needles, then knit into the back of the stitch to twist it (1 st increased)

M1R = Insert the left needle from back under the top strand between the two needles, then knit into the front of the stitch to twist it (1 st increased) 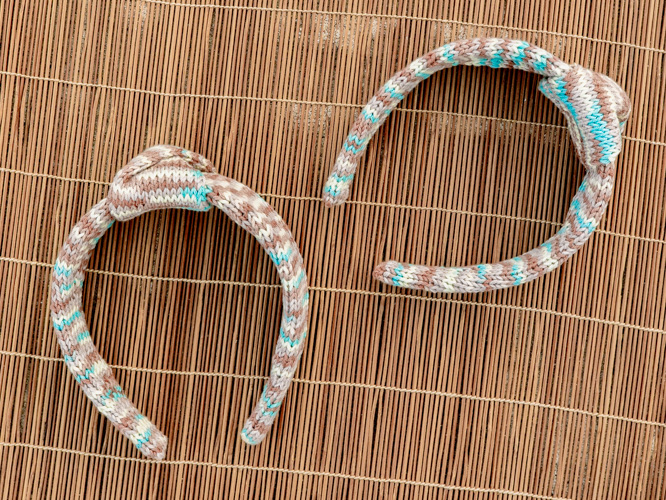 Weave in the CO tail on the inside of the work, then continue.

Cut yarn, leaving a long tail for grafting. Divide the stitches in half onto 2 DPNs, with the increase column centered in the middle of one of the needles. In this orientation, transfer the stitches onto the two spare DPNs (any needles of a similar size will work) and set aside.

For second half, also end with Rnd 62, then cut yarn, leaving a short tail. Weave in the tail on the inside of the piece. Then, divide the stitches in half onto 2 DPNs, as you did for the first half, so the increase column is centered.

Slide the two halves onto the headband blank, with the increase columns on the underside of the headband. Thread the long tail from the first half onto a tapestry needle and graft the two halves together using Kitchener stitch, or the grafting method of your choice.

Cast on 26 sts using a Provisional Cast On, then join to begin working in the rnd. (26 sts)

Place the first 13 sts on one DPN and the other 13 on a second DPN. Using two more DPNs; pick up the stitches from the Provisional Cast On and divide them half onto each needle (to match the working stitches on the other two needles).

The cast on end should now be closed. Leave the 13 sts in place on the single DPN and continue to knit the active stitches on the other end, as follows…

Divide the stitches in half onto 2 needles.

You should now have a 5¼” piece of Stockinette tubing, with one DPN on each end, each with 13 sts. Holding one end in each hand, twist the work once, to create a mobieus twist in the center of the tube. Using the pictures as a guide; place the twist over the center of the headband and bring the two needles to the underside of the headband. Thread the yarn tail onto a tapestry needle and graft the two sets of stitches together using Kitchener stitch, or the grafting method of your choice. 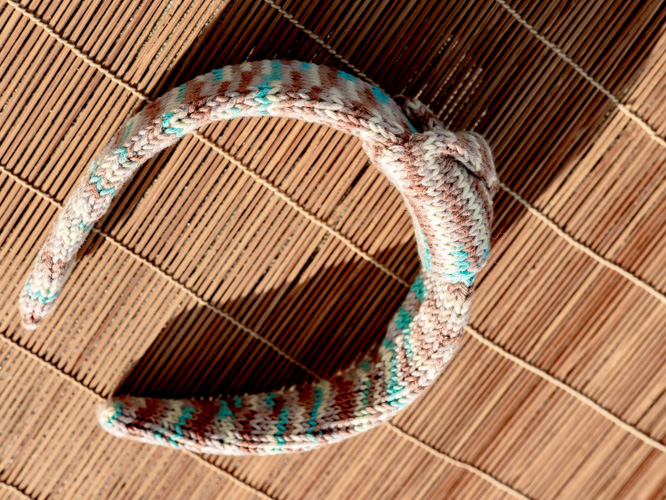