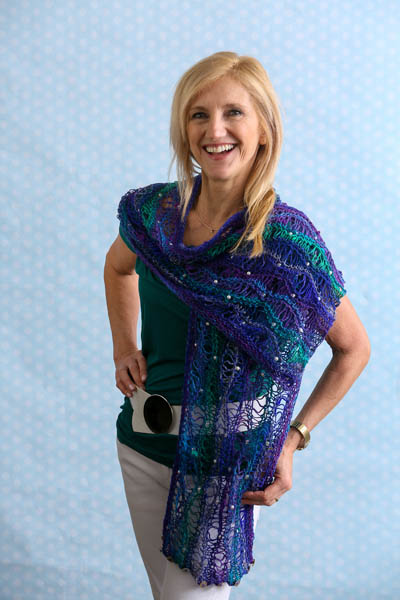 This cowl/wrap/scarf uses only one ball of yarn and is inspired by seaweed found within the sea, whose colors are mirrored in the varying hues of yarn. The wrap has a simple sea foam lace construction with added beads reminiscent of pearls. The wrap is long and wide and can be worn open over a dress or, by closing the buttons, can become a cozy cowl and worn long or doubled up.

This pattern is worked flat from the bottom up.

Weave in ends and block to measurements. Add nine buttons along short edge. There is no need to add button holes as the airy knit of the wrap works perfectly as naturally formed button holes. 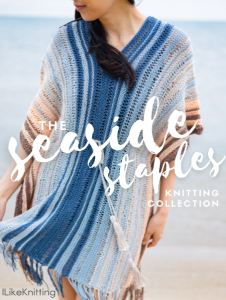