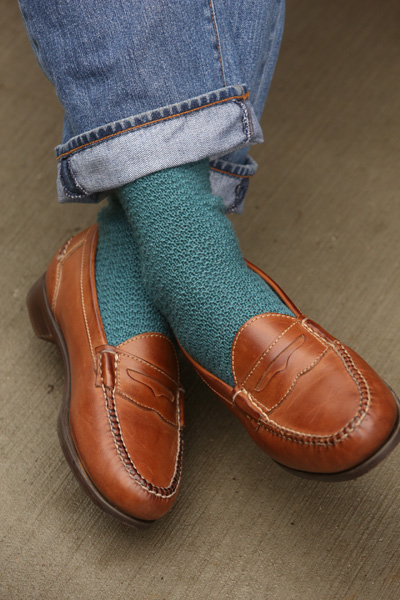 These dressy men’s socks are worked top down with a ribbed cuff and an easy staggered purl ridge stitch pattern on the leg and instep. A traditional slip stitch heel flap and gusset transition into the foot, where the sole and toe are worked in comfortable stockinette stitch.

Staggered Ridge Stitch (worked in the round, multiple of 6 sts)

Stockinette Stitch (St st) (worked in the round)

Join for working in the round and place a marker.

Work Staggered Ridge Stitch until Leg measures 8.5” from beginning, ending after Rnd 2 or 4.

Sizes S and L only

Remove beginning of round marker, k1 (-, 1) st, place marker for new beginning of the round. This centers the instep pattern.

Rep Rows 3 and 4 until all Heel sts have been worked, ending p2tog if there are not enough sts to end p2tog, p1.

Work even in patterns (stockinette on the sole and Staggered Ridge stitch on the instep) until foot measures about 7 (7.5, 8)” from back of heel, or about 2” less than total desired length, ending after a Rnd 2 or 4. 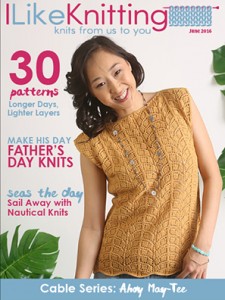