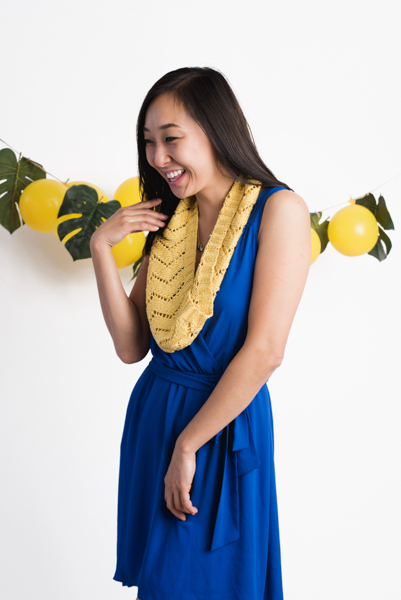 The Lemonade Cowl combines simple knits and yarn-overs with basic decreases in a simple lace repeat. Perfect for quick, easy vacation knitting as well as a good introduction to lace. The cowl is long for a draped-scarf feel.

Lace Repeat (worked over a multiple of 7 sts, repeated around)

Note: On your first time through Rnd 9, work a k2tog, then knit to end; 1 st decreased, 175 sts remaining. After than initial decrease rnd, simply knit to end when you repeat Rnd 9.

CO 176 sts. Place marker, join in the rnd being careful not to twist.

Wash and block as desired.