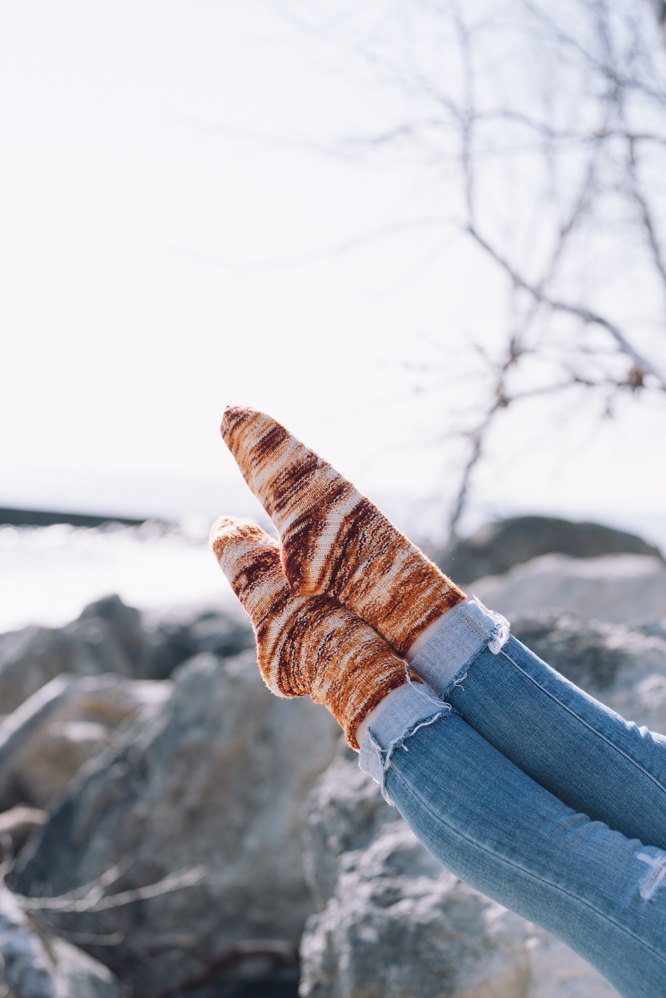 Use a ready made double stranded sock blank and just two colors of dye to produce your own personalized yarn to knit socks with. The result will be one of a kind!

Time: 2 Hours to dye then Weekend Project to knit

Needles: US size 1 (2.25 mm) long circular for magic loop or DPNs as preferred

For closely matching socks use a double stranded sock blank. For more variation, a single stranded blank can be used and the socks knit consecutively. Non-superwash yarns are not suitable. Jacquard Acid Dyes that are safe for home use have been used for the dyeing and only basic equipment is needed.

This pattern is worked in the round from the cuff down.

Instructions are given for knitting one sock at a time, adjust these for your own knitting preferences for TAAT or concurrent knitting. You may prefer to wind the yarn off the blank into two cakes before knitting.

CO 56 (64, 72) sts using a cable cast on or your own preferred stretchy cast on. Join in the round being careful not to twist.

Rep last rnd for 20 rnds or your desired cuff length.

Turn work so that WS is facing

Rnd 2: Work across instep sts in pattern; k to end.

Weave in all ends. Wash and block to even out stitches. 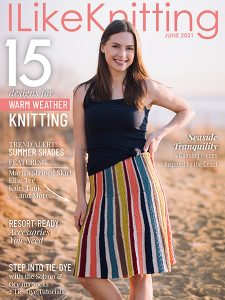