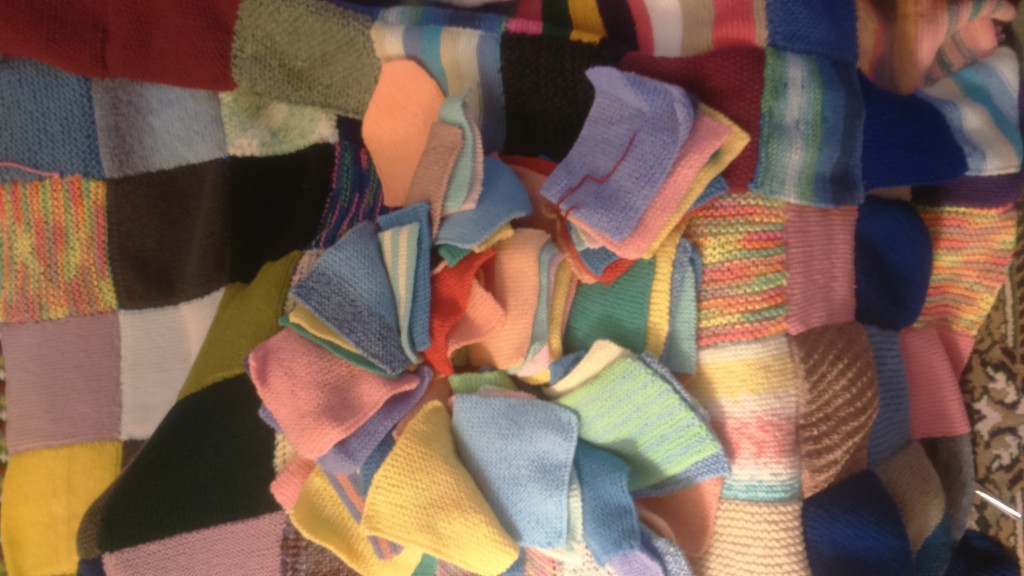 Knitting something adventurous always gives you bragging rights, but this project is for all the marbles: a spot on the list of Guinness World Records. Valery Larkin and her global team of knitters have come together to attempt to break the world record for the largest hand-knitted blanket, a record currently held by the collaboration

Knitting something adventurous always gives you bragging rights, but this project is for all the marbles: a spot on the list of Guinness World Records. Valery Larkin and her global team of knitters have come together to attempt to break the world record for the largest hand-knitted blanket, a record currently held by the collaboration of knitters from 67 Blankets for Nelson Mandela Day and the Nelson Mandela Foundation, according to the entry on the Guinness World Records site. Larkin’s colossal project must measure more than 14,835.68 square feet to break the previous record, so Larkin has been calling on knitters from around the world to send in six-inch squares. Larkin is no stranger to knitting fever. As a matter of fact, she picked up her first pair of needles before she even began school as a child, and she shares that she learned the craft from her mother, who knit jumpers and hats for the family. A sleepless night was the genesis of this record-breaking attempt, with the idea coming to Larkin instead of rest in October 2016. After doing her research, she promptly contacted Guinness to enter her project.

No time went to waste in getting the yarn ball rolling; Larkin quickly sent out calls for assistance on Facebook and in her local newspaper. Submissions have been sent in from all over the world—from knitters in Canada, England, Spain, Sweden, New Zealand, and beyond.

“One lady in South Africa sent squares that looked like they had embossed leaves on them, and a group of Ladies from Ty Coch Nursing Home in Wales sent one square with the Welsh Dragon depicted on it.  I had a complete blanket built around this square,” Larkin wrote in an email, describing some of the most creative submissions. Larkin shares that she “gave up trying to keep a tally” of all the hours she has spent on this project since she first began. From driving to collect squares from local knitters to stitching her own squares, Larkin stays focused on knitting from morning until night. Plus, more goes into creating the blanket than just the knitting itself; Larkin estimates that she spends between three and four hours every day simply doing administration duties such as photographing and logging details about the submissions. A mountain of submissions from Carmel & the Ladies of Offaly ICA, Ireland 2

Larkin still has two-thirds of the project to go before she has enough squares to beat the record. She doesn’t go it alone, though; local knitters have united to lend a helping needle. Since she first began, she has a had a dedicated crew of four local women—Maureen Gooney, Fildelma Larkin, Nora Barry, and Una McDonald—who work with her three mornings per week to join all the different squares, in addition to the bags they take home for the weekends. Larkin also transports weekly bags to other county villages to be joined by knitters she affectionately refers to as “stitcher uppers.” The team at work

The blanket is not only large in size, but also in its impact. The finished piece will be divided up and donated to Red Cross, which Larkin selected because of its charitable efforts around the globe.

The ambitious project has also impacted Larkin on a personal level. She shares that the most rewarding part has been “the response and generosity of perfect strangers to the appeal, and seeing the blankets coming together.”

“There are so many offshoots from this project.  On a personal basis, I have met many interesting people from very young to older. Knitters who just like knitting and knitters who like getting involved in projects for charity.  I have set up a group with these knitters so that when the blanket project is finished, we will continue with a knitting group in Ennis,” Larkin wrote.

Collaborative projects like Larkin’s have the potential to not only set world records but also to forge international connections and share the love of knitting. With two-thirds of her project left to go, Larkin is sure to be busy stitching and knitting for quite some time, but it is a project well worth the effort.

Larkin says that there is one thing she will do before anything else once she officially becomes a world record holder:

“Let all the participating knitters know that ‘WE DID IT!’”

You can keep up with the progress of the blanket at its Facebook page, Largest Knitted Blanket Record Breaking Attempt. 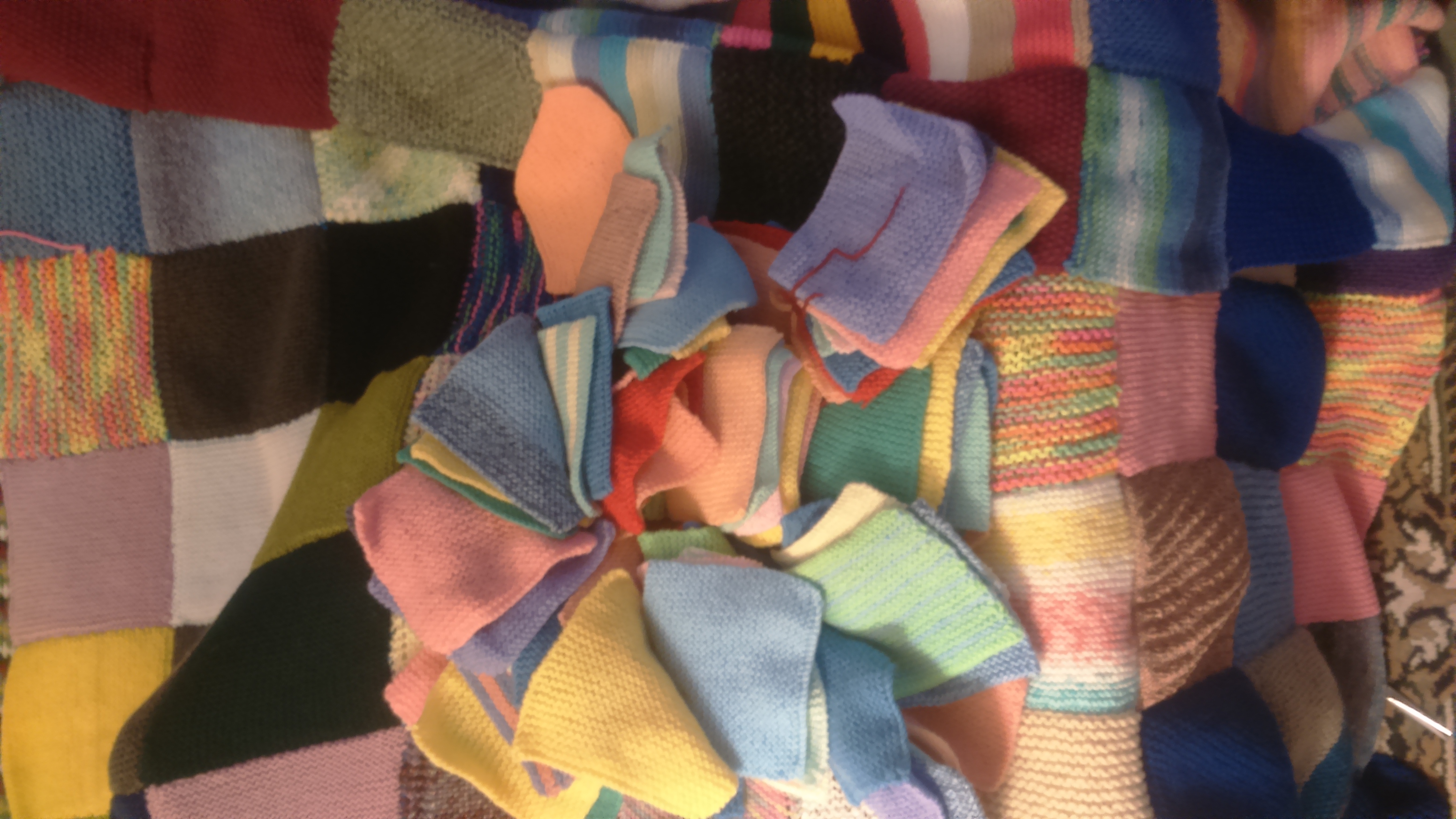