Make a slipknot and place it on needle, it’s the first stitch. *Loop yarn and put it on needle backward so that it doesn’t unravel; rep from * as necessary for the project.

Join stitches for working in the round

Step 1. Form a circle with your needles making sure that stitches are not twisted.

Step 2. Take the slipknot (it’s the first stitch) from left-hand needle and place it on right-hand needle.

Step 3. Next, take the last stitch and pass it over the slipknot onto the left-hand needle.

K1, *k1, pass the first st over the second st, k1; rep from * until 1 st remains, cut the yarn and pull it through last st. Thread the tapestry needle and draw the yarn through the first stitch bound off then back to the last st.

Hurdle Stitch (worked in the rnd)

This pattern is worked in the round using the Backward Loop cast-on method.

Techniques required are: Knit and purl, Backward Loop cast on, Bind off.

Stitches are knitted loosely, in particular the Bind off.

For a longer scarf, cast-on an even number of stitches more.

Wet blocking should be done very gently to prevent felting and because of yarn thickness it will take about 3 days to dry.

Using the Backward Loop Cast-On method, CO 66 sts, join for working in the rnd being careful not to twist stitches, place marker to signal the beginning of rnd.
Rnd 1: Knit all sts.

Wash gently and block to measurements. 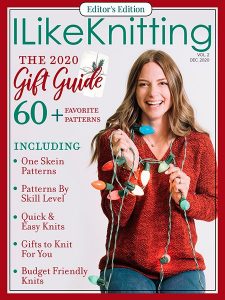 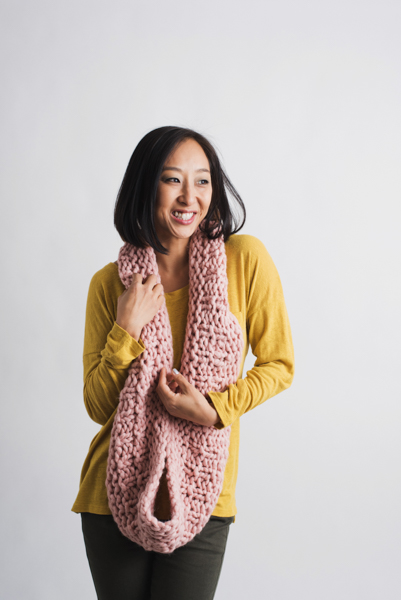 Send this to a friend
Hi,
I thought you might find this interesting:
Auden Chunky Infinity Scarf