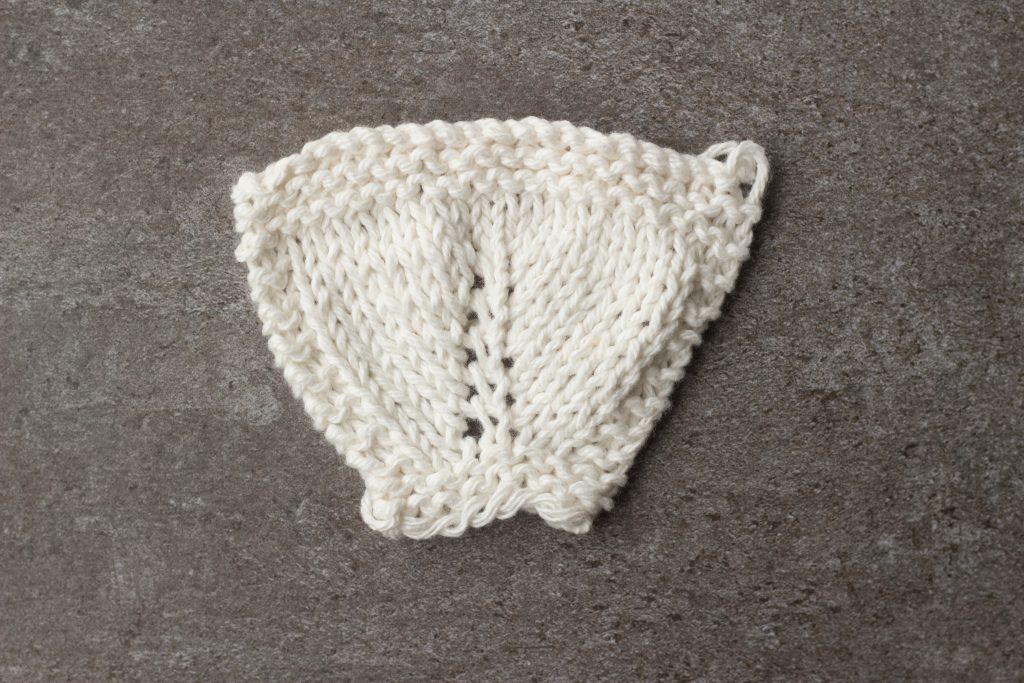 If you’ve been knitting for more than a few days, you’ve probably seen the abbreviations “M1L” and “M1R” pop up in the patterns you’ve been perusing. As you may know already, these techniques are two of countless types of increases you can use in your knitting. For each instance, you create a new stitch in your work that leans either left or right. Yes, just as the name states—you make one. Knitting these increases is simple enough for even beginners to master easily.

“M1R,” as you can reasonably assume, stands for “make 1 right,” and leans rightward. Often, M1L is paired opposite of a M1R increase somewhere else in the pattern for a symmetrical appearance, but sometimes you’ll see it riding solo. Both M1R and M1L create small holes in your knitting, which is something to bear in mind when envisioning the completed project.

When you reach “M1R” in your pattern, hold your needles far enough apart to clearly see the ladder. The “ladder” is the horizontal bar of yarn in between your two stitches. 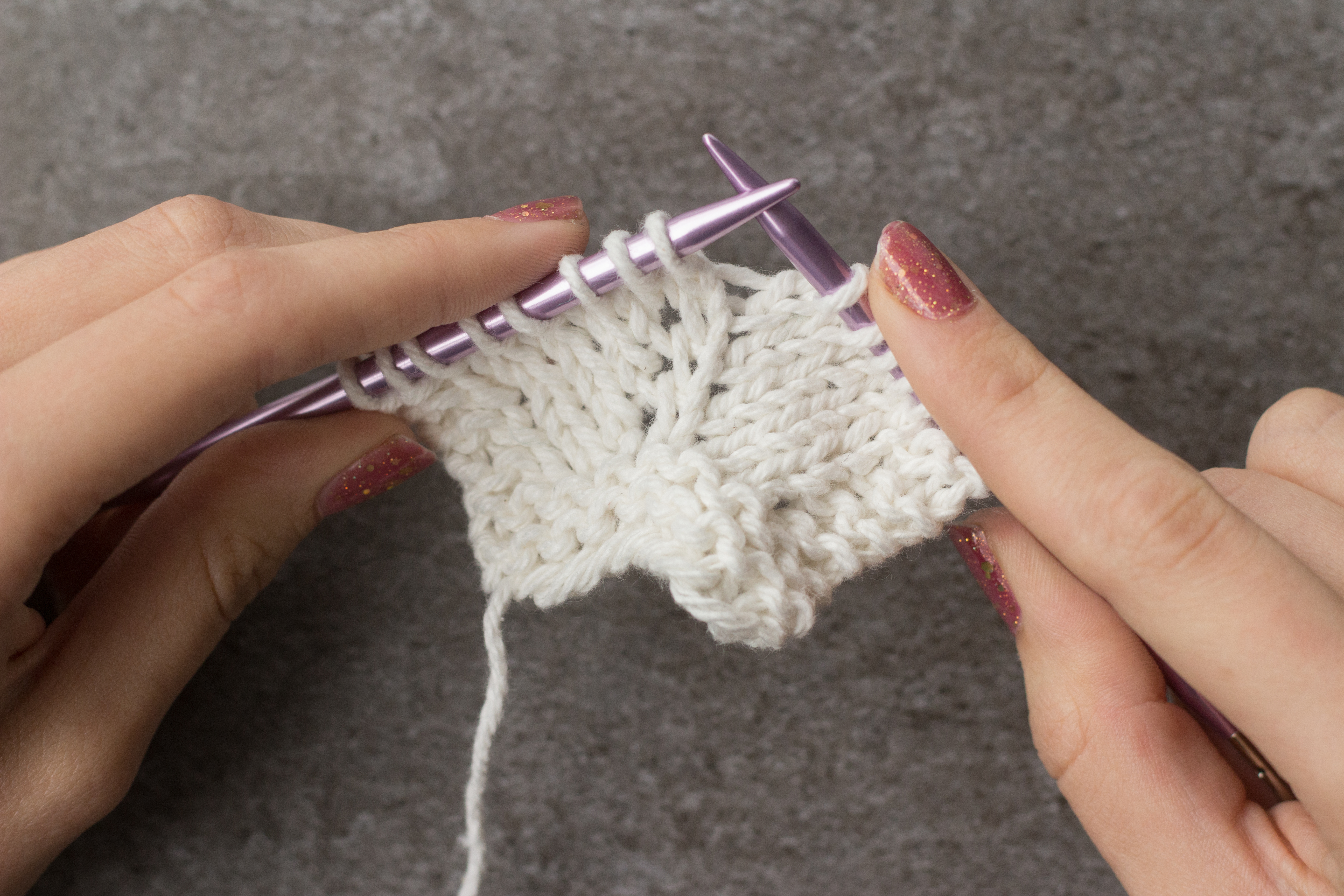 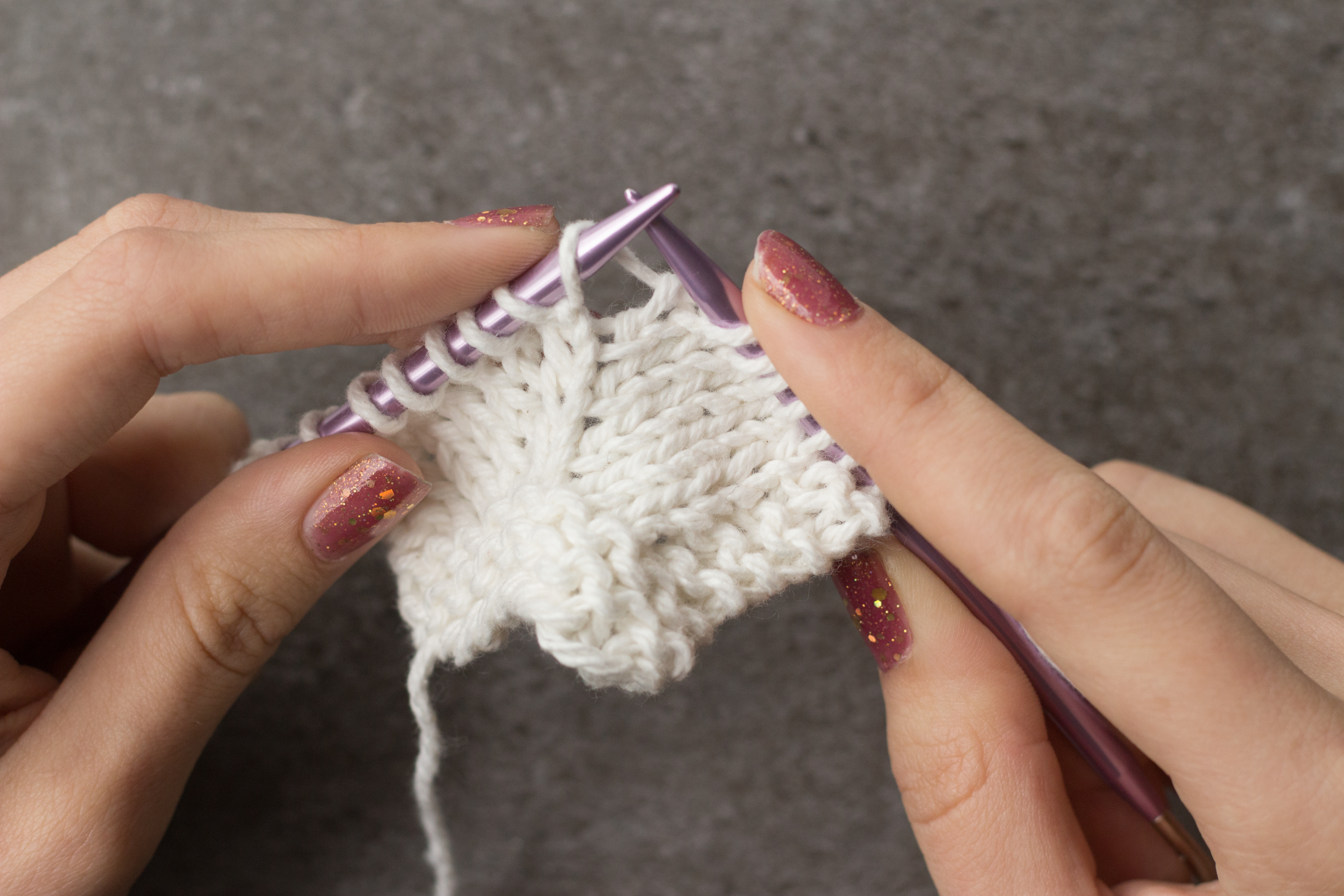 Insert your righthand needle into the newly-created loop knitwise. 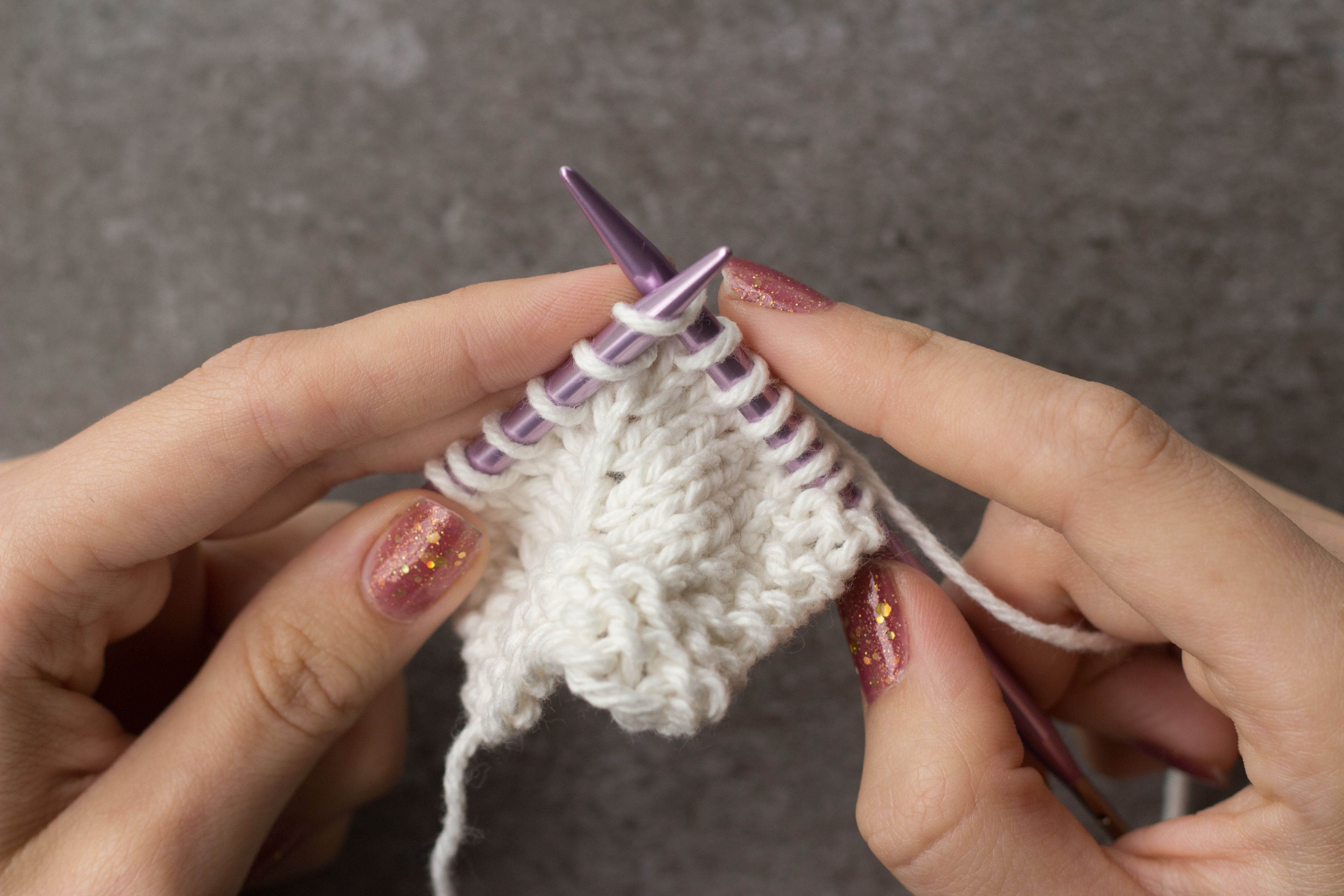 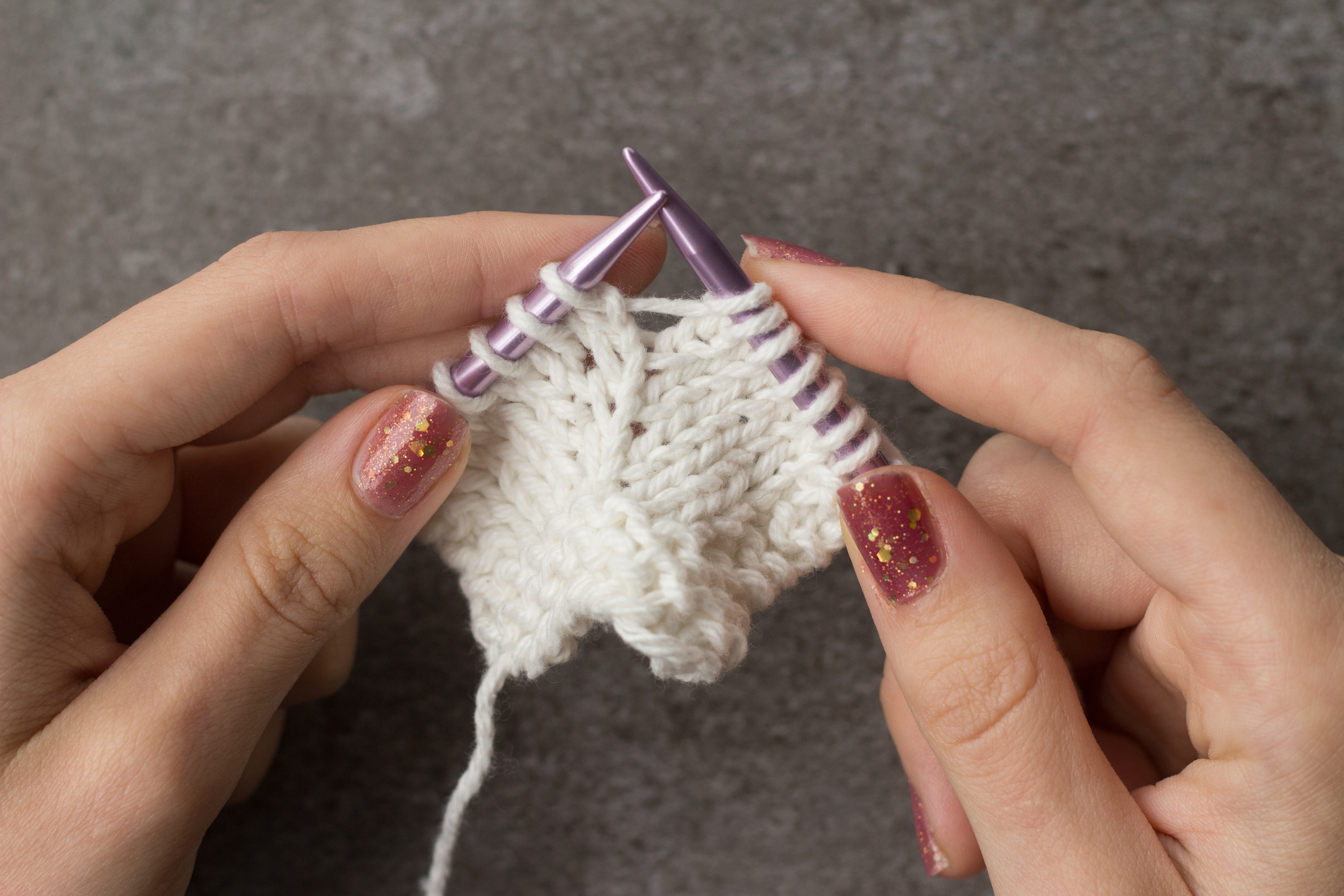 “M1L” stands for “make 1 left,” and that’s because the new stitch that you create will lean leftwards in your knitting. Just like M1L, you’ll usually see this stitch paired with a left-leaning increase for symmetry, but it’s not unusual for this increase to be found on its own in a pattern. M1L is nearly identical to M1R in its technique, with one key difference.

When you reach “M1L” in your pattern, hold the two needles far enough apart from each other that you can see the ladder between the stitches, just like with M1R. 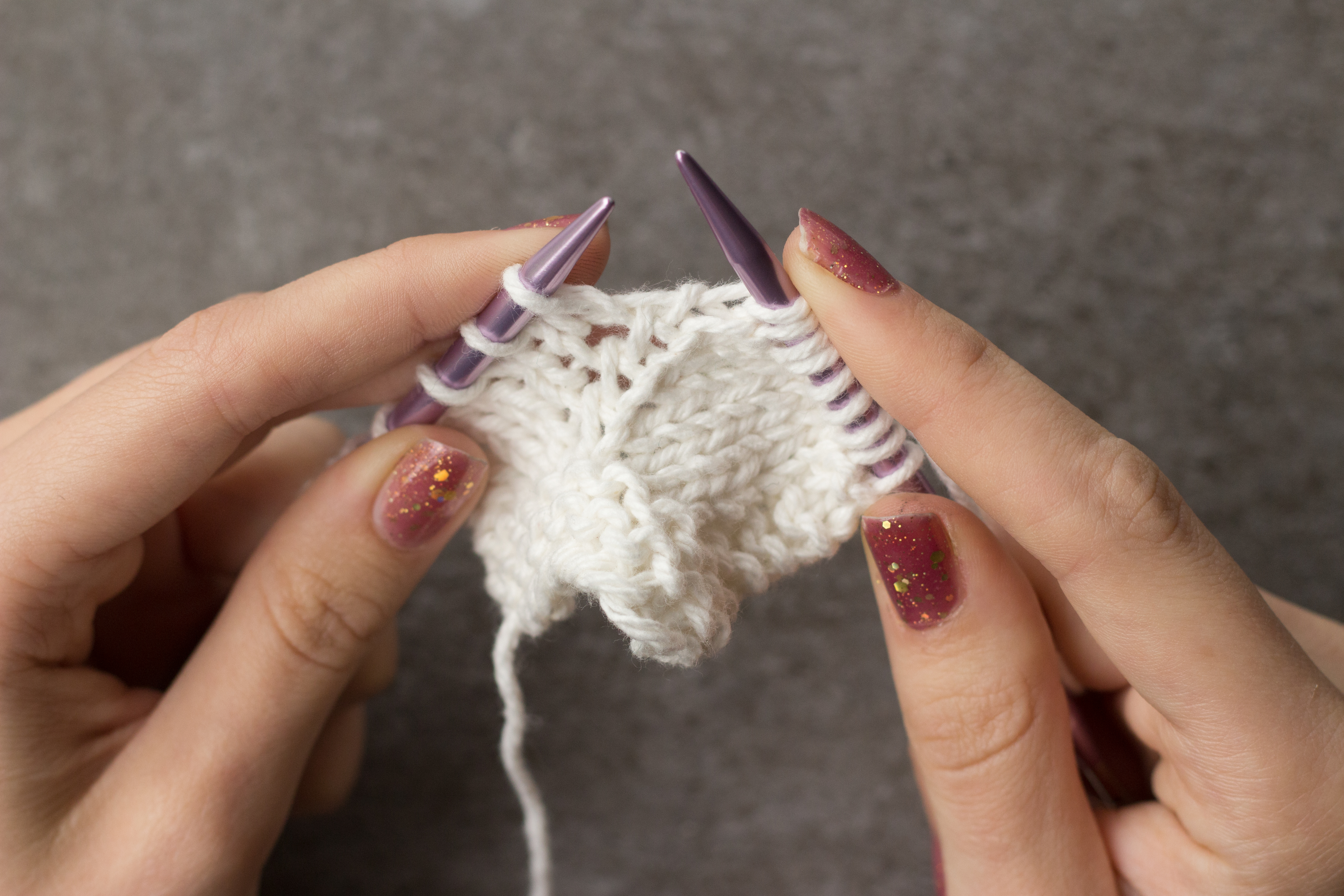 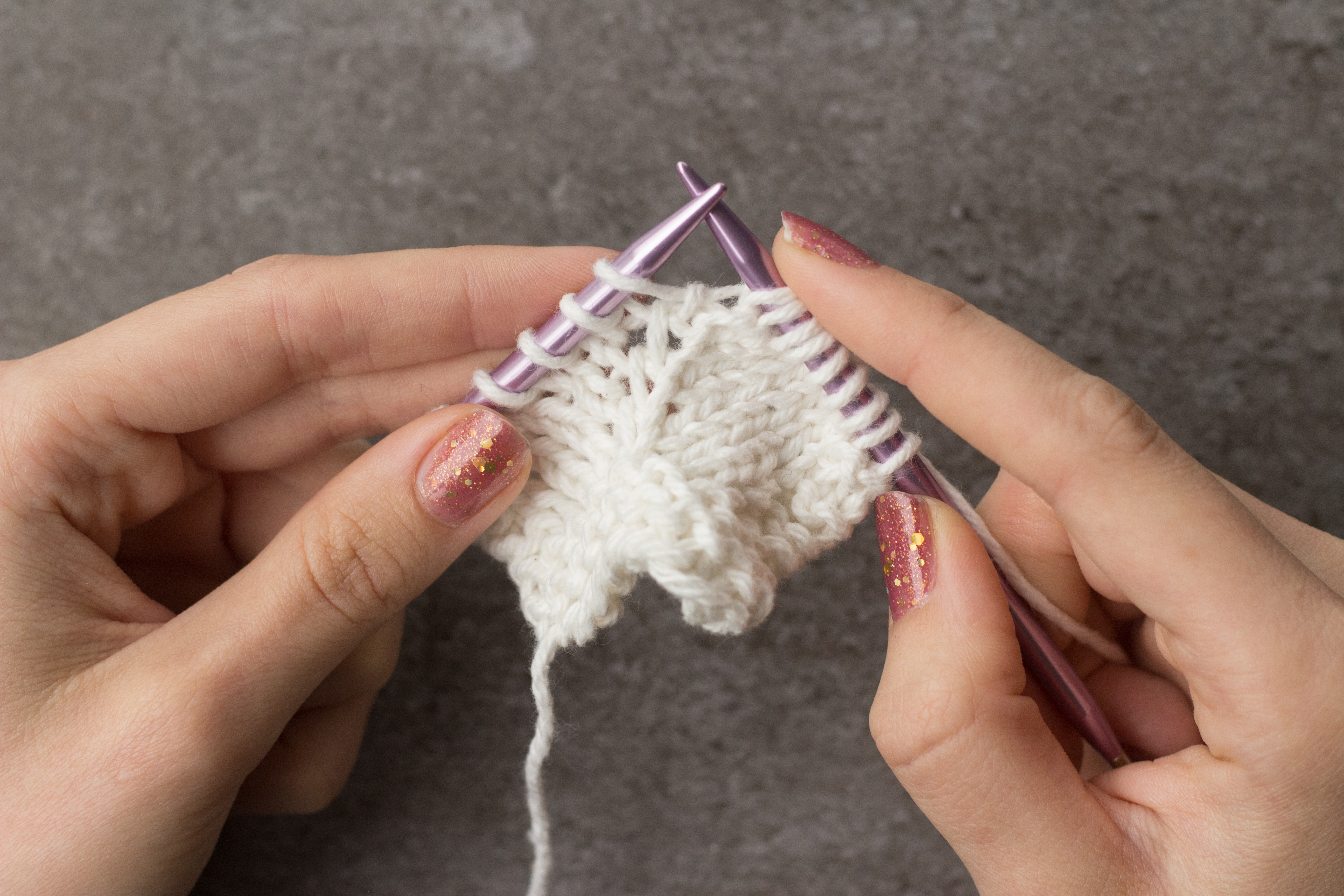 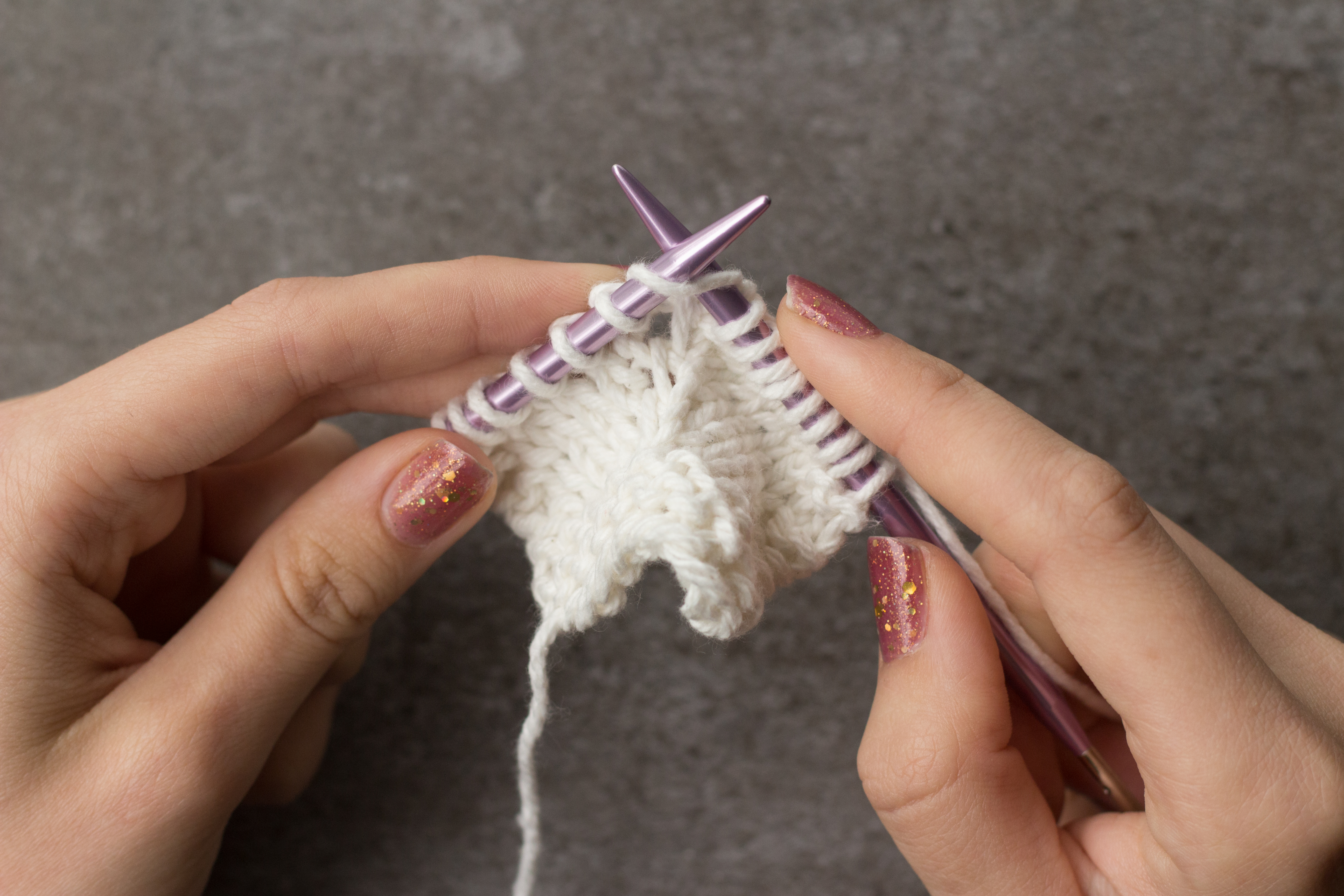 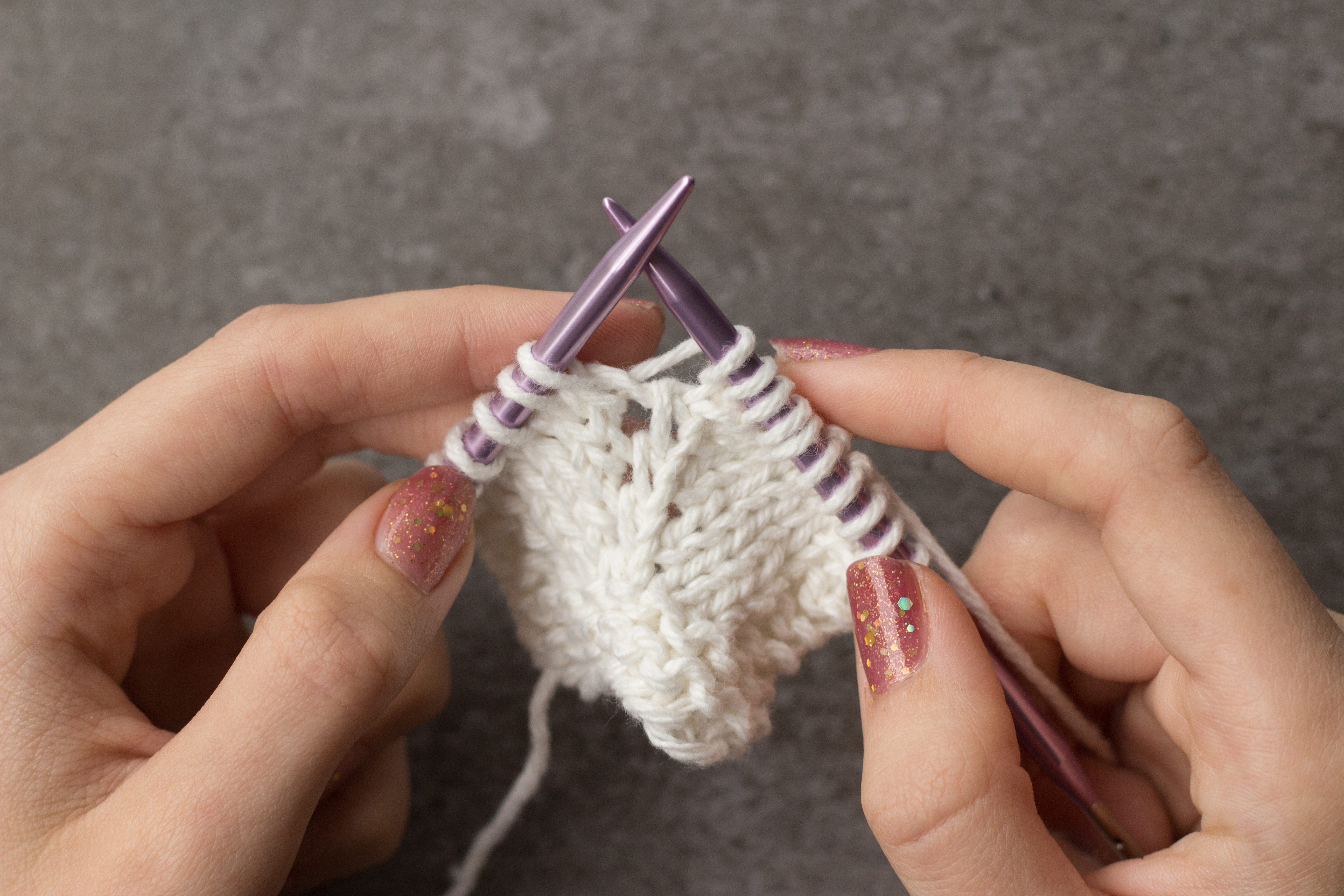 Below, you’ll see an example of a set of increases on a knitted swatch. On the left, M1L was used aside the center stitch, and on the right, M1R was used. Notice how these two stitches together create a nice, symmetrical increasing effect. This type of technique is very popular in garments, since the holes it creates where the increases have occurred in the work are minimal and tastefully decorative, unlike the equally-as-popular YO (yarn over), which creates larger, more pronounced holes. 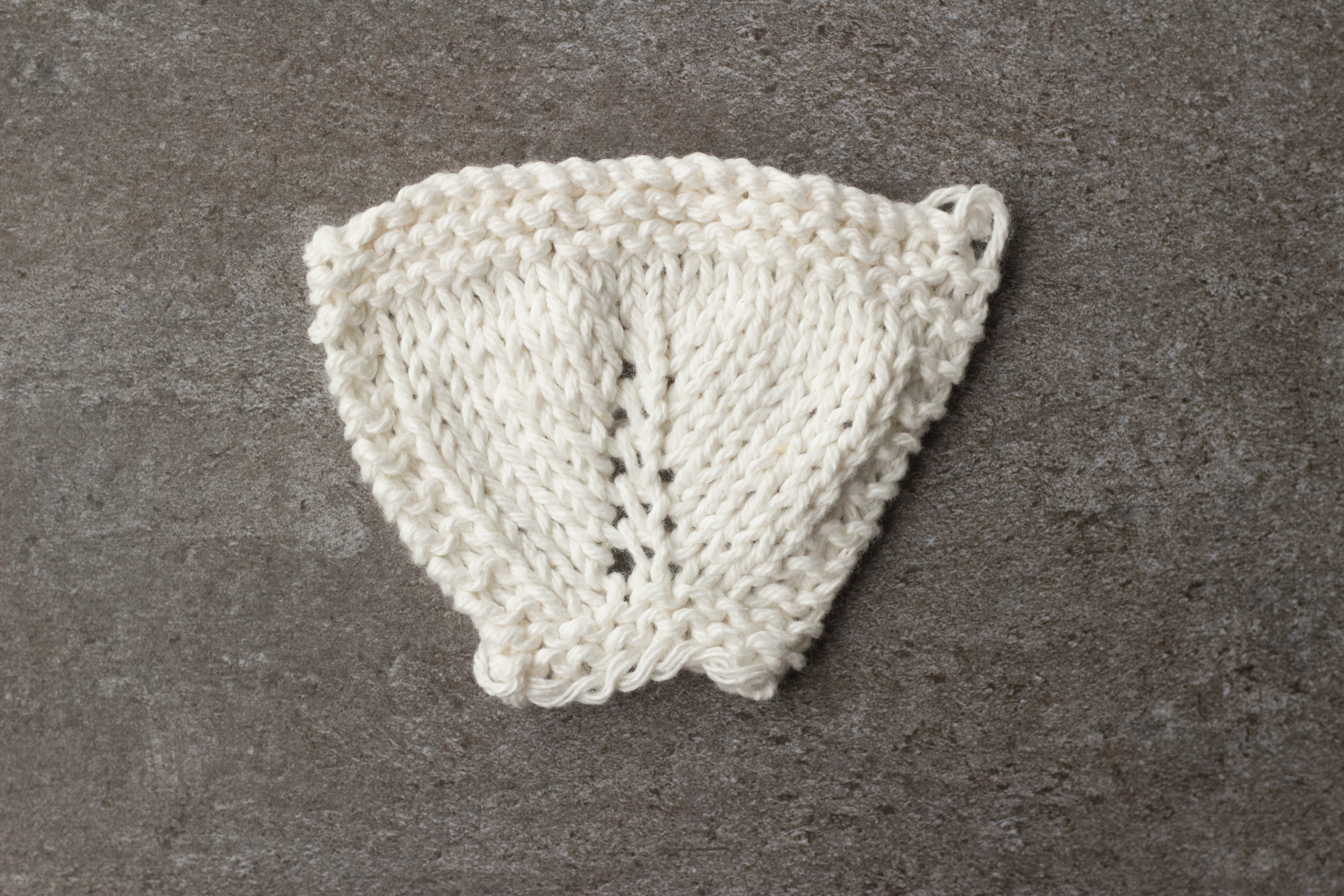 If there doesn’t appear to be any symmetrical pattern of M1s in the pattern, or it only appears once in that section of the pattern in order to increase to a different number of stitches, the choice is yours! Typically, when the direction of lean of the new stitch is important, a designer will specify whether the stitch should be M1R and M1L. If they fail to do this, it’s fair game. 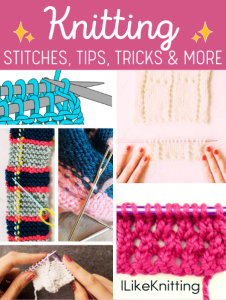