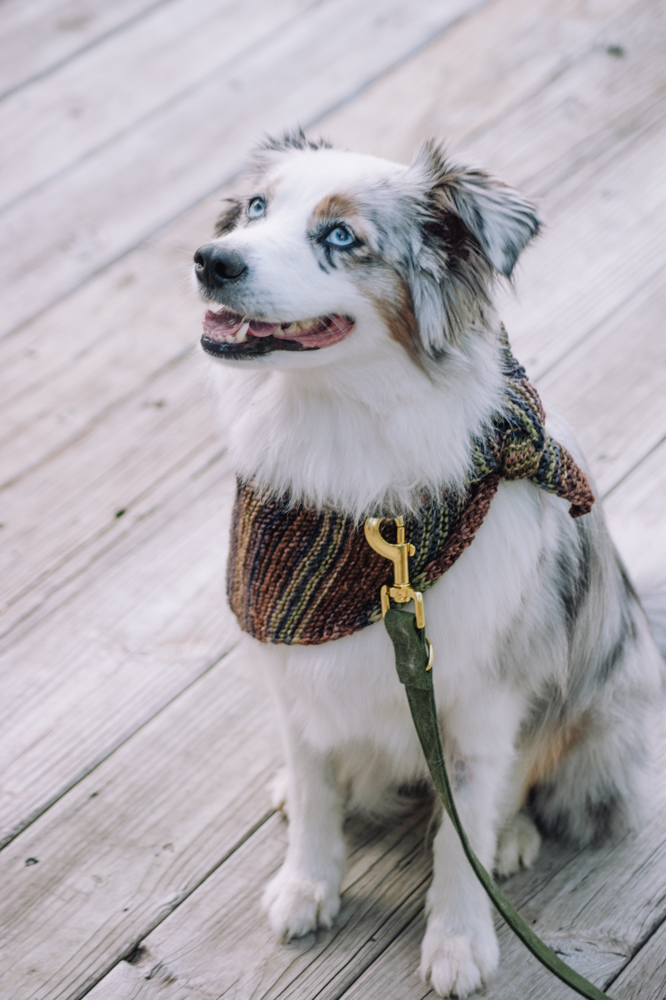 Love your pet and want to give him/her a stylish little accessory? This bandana is unique in that there’s a space for your leash clasp to hook onto the collar through the bandana. No more stopping mid-walk to pick up your dog’s bandana!

For a small or medium sized dog, when using a variegated yarn, use one skein divided into two balls. For a larger dog, use two separate skeins and follow pattern as a guide.

Yarn is not doubled during the knitting of the work; the yarn is divided into two separate balls to maintain striping of the long color repeat such in Uneek Worsted. If the yarn had not been divided into two balls, the result would have been color blocked rather than striped at the beginning and end of the work where there are fewer stitches per row. Using two separate balls presents thin stripes consistently throughout the work.

The two balls are defined as B1 and B2 in the pattern.

For the best fit on your dog, measure the dog’s neck, add 7” to the measurement to find the total length of the wingspan of the bandana. Divide this number in half and that becomes the point at which you begin decreasing the number of sts.

When switching balls of yarn on odd rows, the tension of the last st of the even row which was just used will be a bit lose, this can be pulled to create even tension when the yarn is used again 2 rows later.

When casting on after making the Leash Locker, use a knitted cast on.

Row 2 and all even rows for First Half of project (WS): Using ball as used on previous row, sl1, k to end.

Row 2 and all even rows for Second Half of project (WS): Using ball as used on previous row, sl1, k to end.

As written, the bandana may be machine washed and dried. It is suggested the bandana is washed on gentle by machine and drier until damp. When damp, remove it from the drier and block to the desired dimensions using blocking wires and pins on an appropriately sized blocking board.

Dry out of direct sunlight, remove blocking wires and pins. 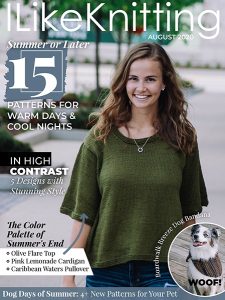