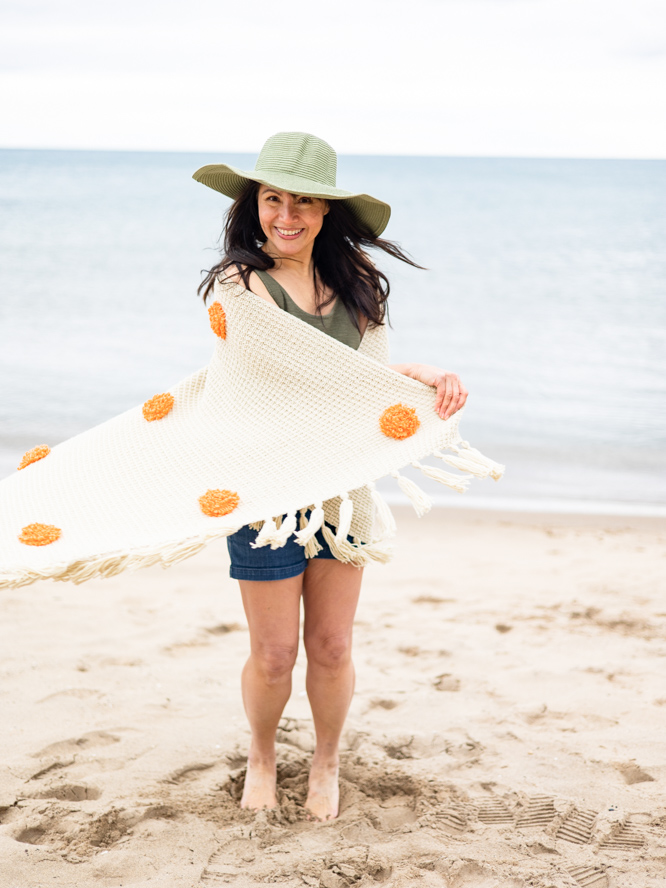 This classic throw features a simple repeating waffle stitch for a cozy, textured addition to your collection of blankets. Peyton is worked in one piece, then accented with tassels and finished off with playful yarn fur circles.

Loop Stitch (loop) – K into the next st without dropping it off the needle. Bring the yarn to the front between the 2 needles, loop it over your left thumb, then bring the yarn to the back again, between the needles. K the same stitch again, this time dropping it off the left needle, like a normal knit stitch. Insert the left needle tip into the second st from the end on the right needle and bring it over the first st and off the right needle.

Throw is worked sideways so that the CO and BO edges will be the long sides of the throw.

A circular needle is used for this pattern due to the large number of stitches, however you will not be working in the round. You will be working the throw back and forth in rows.

Cut ten 12” lengths of MC (this is easiest to do by wrapping the yarn 5 times around a 12” hard ruler, then cutting both ends). Holding all 10 together, fold them in half to create a loop on one end. Using another 12” length of MC, wrap 7 times snugly around the bundle, approximately ¾” below the top of the loop, to create the head of the tassel. Then knot in place and trim the two ends of the yarn level with the rest of the strands. This will yield a final tassel length of  approximately 5¼ inches. Make 42 tassels the same, then set aside. 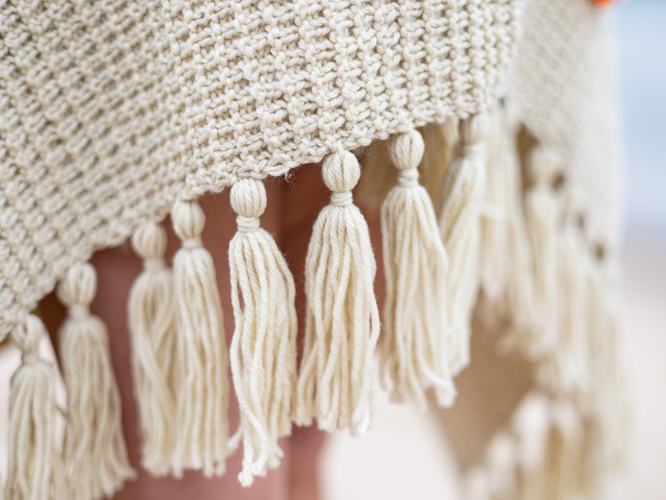 Working from the outside in:

Using dpns and CC, CO 40 sts and join to beg working in the rnd. 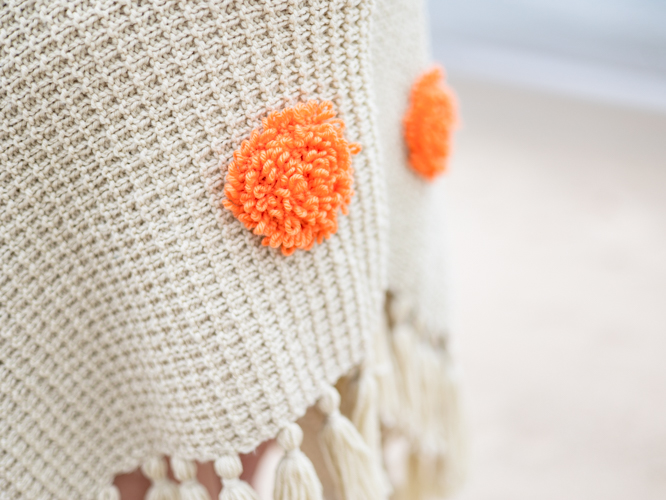 Using lengths of MC, attach the tassels along the 2 short sides of the blanket, evenly spacing 21 tassels per side.

Using the pictures as a guide, stitch the fur circles in place, evenly distributed in a 3 x 4 grid onto the RS of the blanket. Weave in all yarn ends 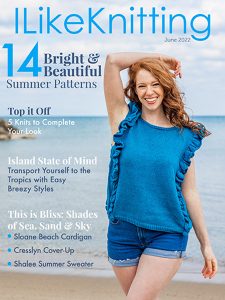