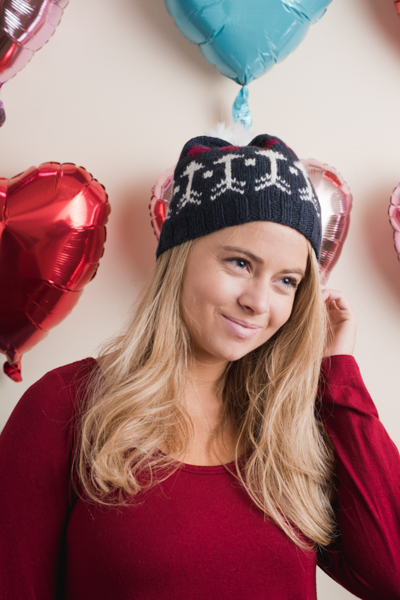 Our love for the Hearts & Arrows Hat has only gotten bigger, thus, this worsted version has won our hearts. This stranded colorwork hat features a repeating design of hearts and arrows. Bigger arrows and bigger hearts make this hat perfect for Valentine’s Day.

When working the stranded sections, bring the contrast color under the main (background) color.

Repeat Round 1 for K2P2 ribbing.

Join CC1 and begin working from Heart and Arrow Chart. Chart will repeat 10 (11, 12) times around hat. Join CC2 when necessary.

When Chart is complete, break contrast yarns and continue with MC. Work in St st until hat measures 7.25” from cast on.

Either tie a faux fur pompom to the top of the hat, or make one using one strand each of MC and CC1 (or any combination you prefer.) 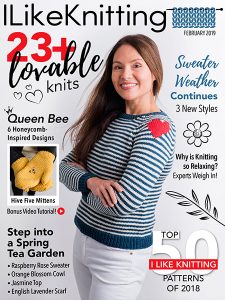