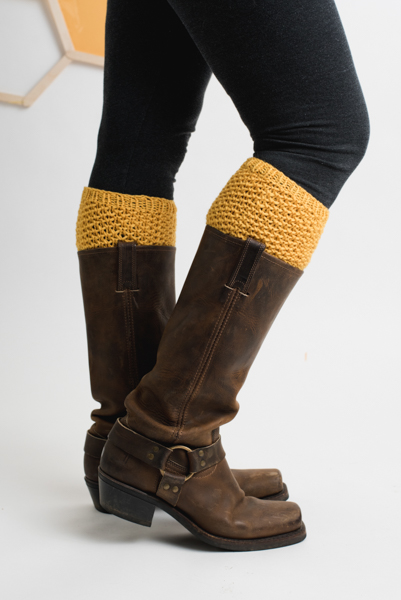 This boot cuff takes the image of a honeybee swarm and materializes it into a wearable work of art! This stitch, appropriately named “Bee Stitch” is a stretchy, squishy, dense fabric that holds its shape. The fabric looks like thousands of tiny bees waiting to take flight!

These boot cuffs are worked from the bottom up, in one piece.