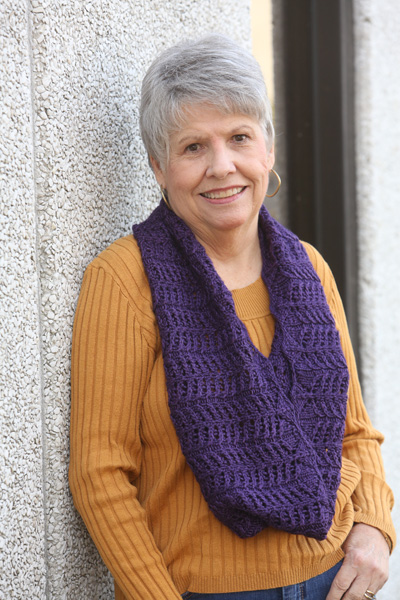 The Scalloped Edge Cowl is a stylish delight that will look wonderful on anybody. The body pattern follows a basic 4-row lace pattern repeat and features a deep scalloped edge and another, unique scalloped border. Long enough to be wrapped around the neck twice for warmth, if needed, this cowl is sure to be a winter staple.

Sssk (slip, slip, slip, knit): Slip 3 sts as if to knit, one at a time. Insert the left needle into the front of the slipped stitches, knit all 3 sts together.
Rp5tog (Reordered p5tog): Sl2 to CN, hold at back of work, sl1, place sts from CN on LH needle, return slipped sts to LH needle, p5tog.

This pattern is worked in the round from the bottom up.
Note that this yarn grows significantly on blocking because of the combination of the lace stitch pattern and the silk content. If you are substituting yarns make sure you wet block your swatch as you may find that other yarns do not grow as much as the Fyberspates yarn.

CO 180 sts. Join in the round, taking care not to twist the sts. Pm at start of round.

Darn in all ends. Wash the cowl in warm soapy water, rinse thoroughly, squeezing out any excess water. Lay flat to dry. 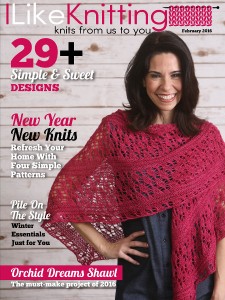