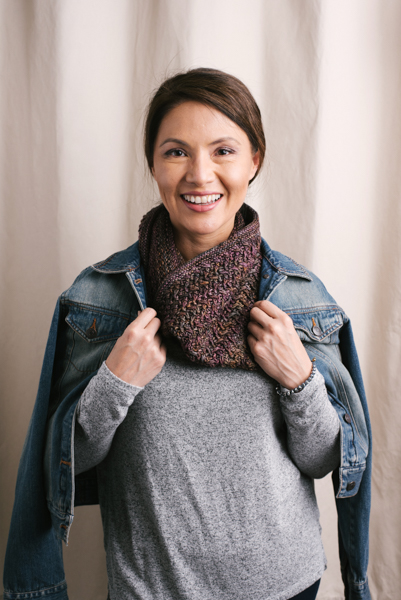 Knit in no time at all, this beautiful cowl is perfect for that time of year when leaves start falling and the wind turns colder.  Show off your favorite multi-colored yarn using the gorgeous texture featured in this pattern.

The cowl is worked bottom up in the round. You can modify the final circumference adding more sts and working more repeats of the stitch pattern (just pay attention to keep the total number as a multiple of 4 sts). You can also modify the height just adding more rows repeats.

With Long-tail CO Method, CO 160 sts. Pm, join to work in the rnd, taking care not to twist sts.

Send this to a friend
Hi,
I thought you might find this interesting:
Mulberry Wine Cowl