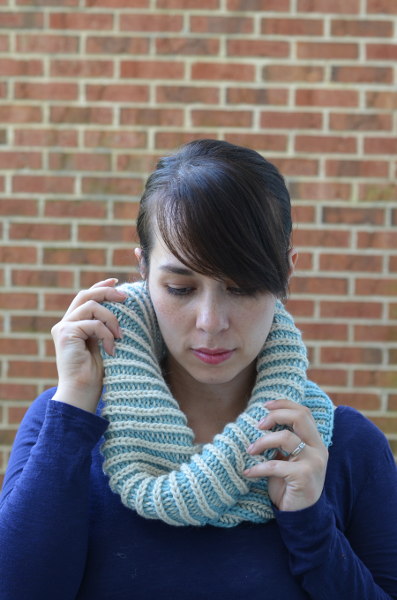 Learn to knit two-color brioche with this squishy, cozy, reversible cowl! This cowl is perfect for learning the basics of working brioche stitch in the round. Made in colors that envoke a wintery chill, this cowl is sure to keep you super warm.

This pattern is worked in the round.
When working the first and last stitch of each round be sure that you are working the corresponding yarn over. Since these are not secured they are easy to miss!

With MC, CO 80 sts over two needles. Join to knit in the round, being careful not to twist. Pm for beginning of round.
Setup Rnd 1: [K1, p1] to end.
Setup Rnd 2: [K1, slyo] to end.
Note: After your second setup round it will appear you have 120 stitches on the needles, but every other stitch has a corresponding yarn over.

K2, *slip 2 sts purl wise from right hand needle to left hand needle, k2tog tbl, k1; rep from * until all sts have been bound off. Break yarn and pull through. 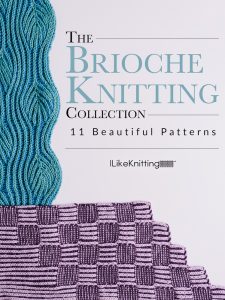