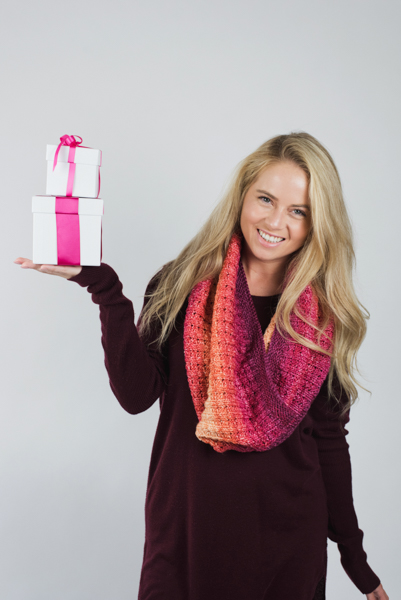 Brighten up a dreary winter day with a versatile and reversible cowl in vibrant hues. The larger size of this design can be doubled over to wrap twice around the neck. As written, the finished height for both sizes results in a cowl that can double as a snood. This is the perfect cowl for the girl who loves options.

Garter Stitch (worked in the round)

Pattern incorporates garter stitch worked in the round. This is worked by alternating knit and purl rnds. In other words, it is the same as stockinette worked flat.

Beginning with a purl rnd, work 8 rnds of Garter Stitch, ending after a knit rnd.

Work in Pattern Stitch for 100 rnds or approximately 15”, ending after pattern Rnd 4.

Work 8 rnds of Garter Stitch, this time beginning with a knit rnd and ending after a purl rnd. 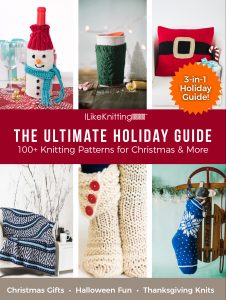 Send this to a friend
Hi,
I thought you might find this interesting:
All I Want Is Hue Cowl