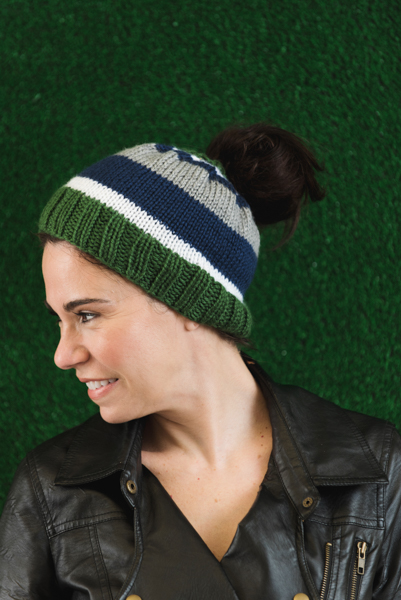 The ponytail hat trend has arrived just in time to keep your team spirit up no matter how cold it gets. The opening at the top will let your messy bun or ponytail free itself without costing you warmth, and you can even tailor the stripes to match your school’s colors.

This pattern is worked in the round on circular needles. There is a ribbed brim, then the hat is worked in stockinette stitch for the body. You will decrease for the crown before switching back to ribbing for the pony tail opening.

With smaller needles and D, CO 84 sts. Place marker to show the beginning of the rnd.

Tags: Beginner, Caron, Sport the Look, The Touch Down Set 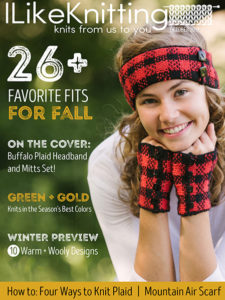