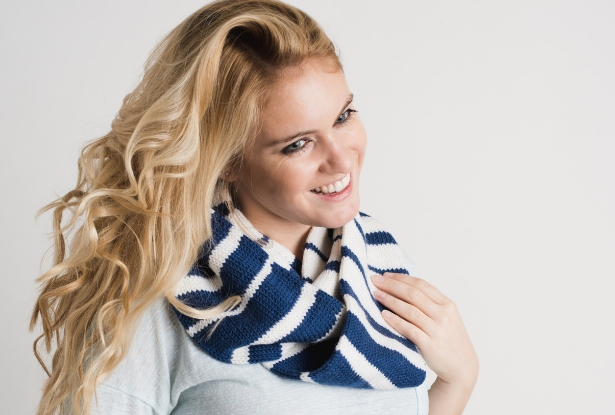 Needles: US size 7 (4.5 mm) set of 5 DPNs or preferred needles for working in the rnd.
Notions: Tapestry needle, scissors, crochet hook and scarp yarn (or as preferred for Provisional CO), stitch holder or spare circular needle and DPNs

With an equal number of stitches on two needles, thread end through tapestry needle. Hold needles parallel with wrong sides facing in and both needles pointing to the right.

Rep Steps 1-4 until all stitches have been grafted.

This scarf is worked in the round. Stripes are done in increasing rounds in CC and decreasing rounds in MC, then reversed. When carrying the non-working yarn on the side, twist the yarn periodically around the working yarn to prevent openings. The provisional cast on is joined to the opposite end with Kitchener stitch technique for a truly invisible join and infinity loop appeal.

Using the Provisional Cast-on technique of your choice, CO 60 sts. Attach MC. Being careful not to twist the stitches, place a stitch marker at the first st and begin to knit in the rnd.

Cut yarn, leaving a tail at least 3 times the length of the sts.

Remove the scrap yarn from the Provisionally Cast-on sts and place the resulting live sts on a spare needle. Join together these cast on sts with the live sts already on the needles, using Kitchener stitch technique for an invisible seam.

Weave in ends. Wash and block to measurements. 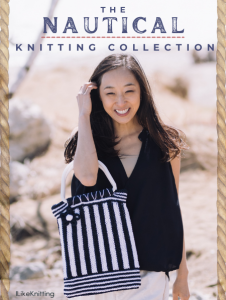 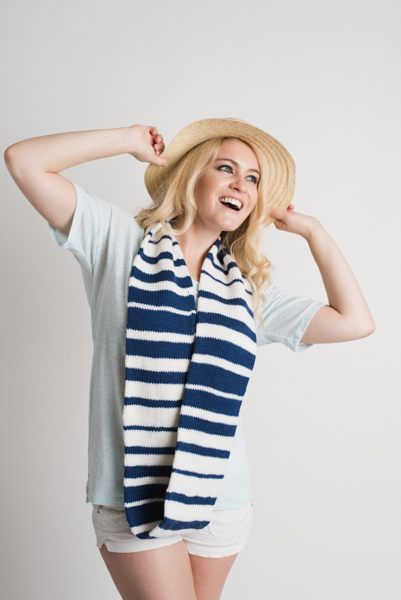