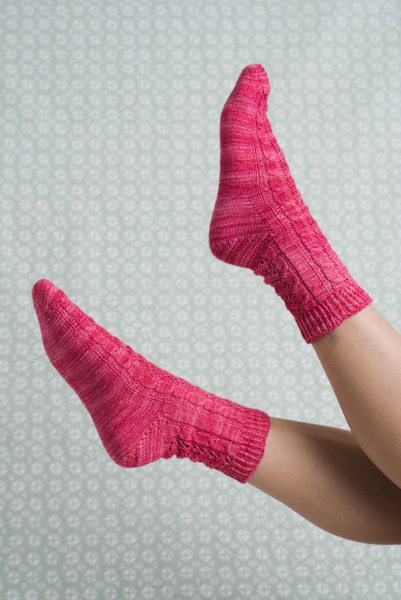 These socks are designed specifically for this beautiful pink colorway of yarn, reminiscent of the beautiful rich color of the sun just before it sets. The sock design has a center wave stitch pattern resembling the beautiful waves on the beach at sunset.

If you wish to have the pattern on the front and back of the leg, work Rnd instructions twice.

Cont working Foot until your piece meas 2.5” less than the entire length of your foot.

If you prefer a different toe, work your toe of preference until you have the desired amount of sts.

In this section, Needles 1 and 2 will cont in the Stitch Pattern up the Foot and towards the front of the Leg. Needles 3 and 4 will be increasing and forming the gusset on the sole of the Foot working towards the Heel of the sock.

Resume working on all 4 needles, paying careful attention as to working the rest of the same row in pattern where you left off to turn the heel.

Work leg until meas 1.5-2” shorter (LESS) than the entire desired length of the sock. 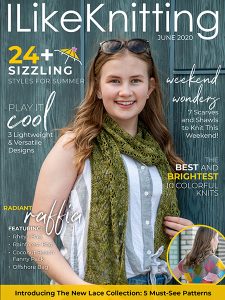 Send this to a friend
Hi,
I thought you might find this interesting:
Flamingo Sunset Socks